Thanks for counting down to launch with us! Check back soon for new Shadowlands news, guides, videos, and other content!

Learn more about the four Covenants! 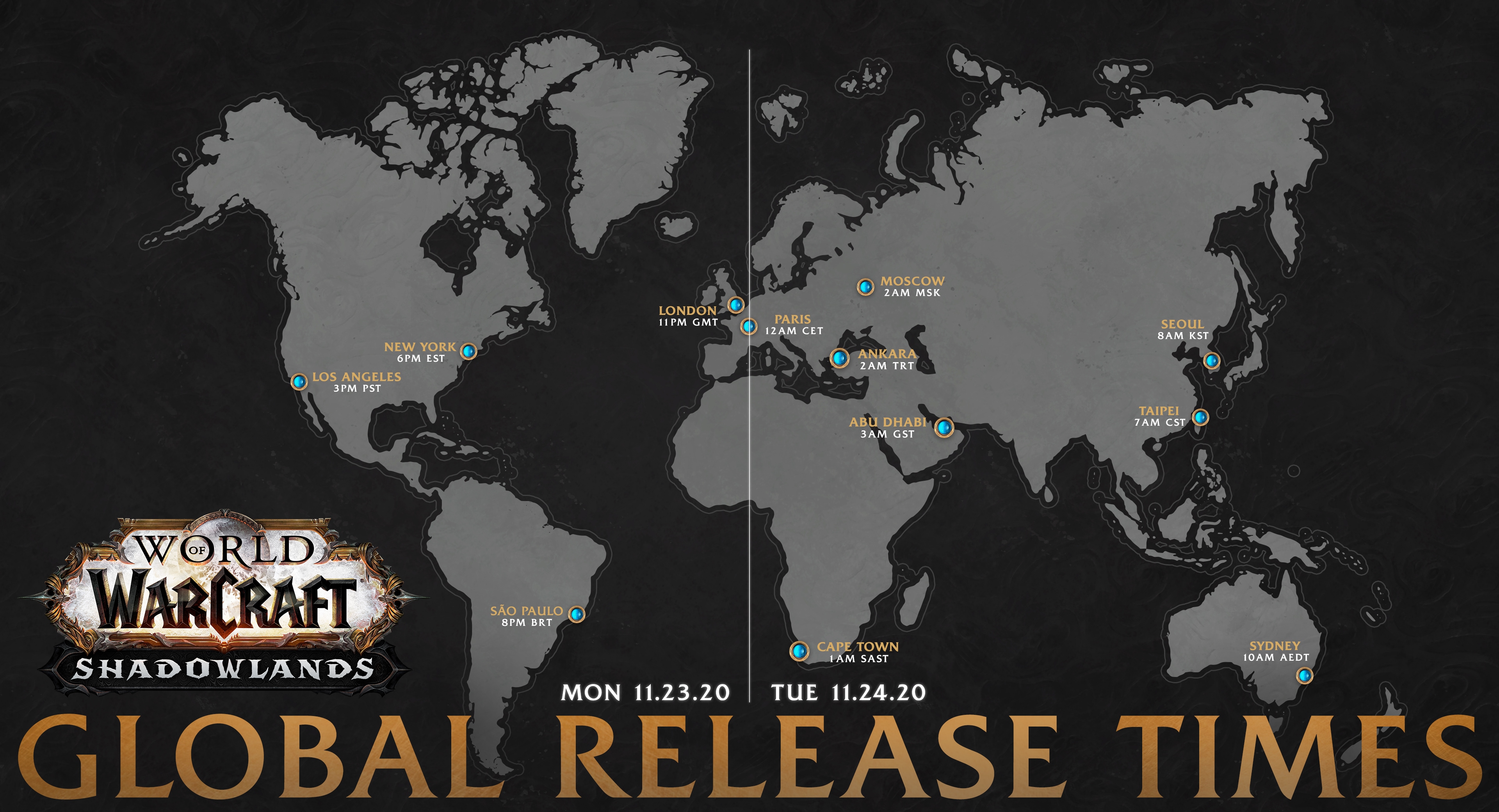 Blizzard revealed a new Shadowlands story cinematic today during their Blizzcon presentation, titled Kingsmourne, which we assume is now the name of Shalamayne, Anduin’s sword,

This Week in WoW – Pet Battle Bonus Event, Raid and Mythic Plus Nerfs

Welcome to the first installment of “This Week in WoW!” We’ll be giving you a rundown of all the things you’ll need to know for Is There Going to Be Flying in Shadowlands?

After flying around in other zones, the lack of flying in Shadowlands can be a bit jarring for those used to soaring through the skies

Where Is the Auction House in Oribos?

After wandering around in the Shadowlands, you’ve likely picked up some stuff you’d like to list on the auction house. You hearthstone back to Oribos

Where Are the Portals in Oribos?

Oribos is the central player hub for Shadowlands. It’s circular design however can make things feel difficult to find, and you may find yourself running

Are you as tired of farming dungeons for your BIS Legendary Memory as Uther looks in this picture? Your long grind may soon be over.

Shadowlands Cooking Overview Cooking is a secondary profession, so any character is able to pick it up and start making food regardless of whether they

Shadowlands Fishing Overview Fishing in Shadowlands is a lot more engaging than it was in Battle for Azeroth. Zone specific fish are back, instead of

When will Shadowlands be released?

World of Warcraft: Shadowlands release date is November 23rd and 24th. The expansion will release worldwide at the same time, so it will be November 23rd in the Americas and parts of Europe and Africa, and November 24th in the rest of Europe, Asia, Africa, and Australia. You can check the table above for the launch time for your location.

Will there be a new class in Shadowlands?

Blizzard has not announced any new classes for Shadowlands.

Will there be new races in Shadowlands?

Blizzard has not announced any new core or allied races for the Shadowlands expansion. There may be allied races added in later patches in the expansion.

Is there an open beta for Shadowlands?

Shadowlands does not have an open beta. The beta is invite-only. You can opt-in to the beta here. Blizzard sends out beta invites in waves, and it is random who gets invited unless you are a prominent content creator or World First raider.

Will Battle for Azeroth be free when Shadowlands launches?

When will the Shadowlands Pre-Patch launch?

When does the Shadowlands Pre-Patch event start?

The Shadowlands Pre-patch event will start on November 10th.

When will the first raid in Shadowlands, Castle Nathria, launch?

The first raid of Shadowlands, Castle Nathria, will launch on December 8th.

When does Shadowlands Season 1 start?

Any cookies that may not be particularly necessary for the website to function and is used specifically to collect user personal data via analytics, ads, other embedded contents are termed as non-necessary cookies. It is mandatory to procure user consent prior to running these cookies on your website.